We Are All Leaders Now: Seizing the Leadership Moment 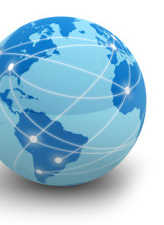 Contributed by Michael Useem, William and Jacalyn Egan Professor of Management and Director of the Wharton Center for Leadership and Change Management, The Wharton School, University of Pennsylvania

The Goal: Exercise your own leadership no matter your role or rank.

When hurricanes, wildfires, and now the coronavirus upend our way of life, they call for everybody, literally every individual, to step into the breach. Not just first responders or care givers, not only state governors or national leaders, but all of us. 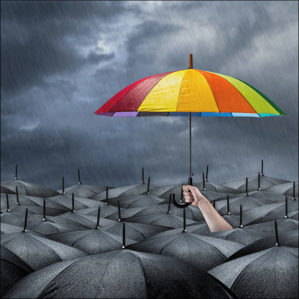 Of course, and here’s why. We know from ample research that leadership makes the greatest difference when the world around us is uncertain, when we are unsure about what lies ahead. We also know that the impact will be greatest when it comes not only from the apex but also from the middle ranks and front lines. Not just from public officials and chief executives, but also from those who help run restaurants, service hospitals, and direct schools — just about anything.

For exercising our own leadership, let’s start with reviewing what’s most essential. At the top of my checklist from teaching and researching the subject are thinking strategically, communicating persuasively, and acting decisively.

Then there’s the question of where to act. The closer to home, the research confirms, the better, since that’s the place that we have the most immediate, best informed, and greatest impact. Intensive-care nurses can strengthen patient safety on their floors; grocery stockers can ensure safe produce is on their shelves; auto companies can assemble life-saving respirators in their plants.

Another corollary is to act even when others around us are not doing so at first. Our neighbors and colleagues could be dealing at the moment with a sick child or isolated parents. Stepping forward quickly can thus be additionally significant, whatever our status or responsibilities, since early exemplars at all levels can help inspire subsequent movers at each of those levels.

It is everyone’s leadership moment now. Most of us are not fully or formally in charge of a whole lot, but if we can make a difference, now is the time to step forward to do so, and to do so close to home. In good times, we can rely more on our boss or others to get things done, but that’s no longer enough. It is our own leadership moment too. We are all in charge.

Action Steps:
Here’s a personal checklist for exercising your own leadership, whatever your rank or role in life, when we all need it:

When Vanguard Group faced the economy’s near total meltdown after the failure of Lehman in 2008, its chief executive slashed salaries but laid nobody off. He theorized that when the equity market eventually came back — and it did, of course — he would need all his people to service the returning clients. Vanguard is now one of the largest investment companies on earth, with $6.2 trillion in assets under management. (In 2005, before the financial crisis, that number was less than $1 trillion.)

We interviewed 14 corporate CEOs in 2009 on what they were doing to weather the financial crisis, and they all said “Connect with others.” “If in doubt,” reported the CEO of aerospace company Northrop Grumman, “communicate.” The top executive of Travelers, an insurance company, explained: “Transparency in troubled times really matters!” In today’s COVID-19 crisis, we see effective communication in the near daily briefings by New York governor Andrew Cuomo. His deft combination of facts, empathy, and humility make for memorable messaging.

The owner of three crowded pizza stores in Johnson City, Tennessee, shut them down in mid-March, not because they were empty but because they were jammed. Patrons were not distancing themselves, so for their own sake, the owner sent them packing. And he did the same for his workers. “[If] I’m uncomfortable in my own spaces, how can I ask my employees to come in?” Less than a day later, a nearby restaurant shuttered itself for the same reason, with special thanks to the first mover. “As hard as it is,” said the second owner, “it is beyond the right thing to do.” He credited the first owner as a kind of catalyst or force multiplier, making his own decision that much easier, as the New York Times reported.