This article first appeared in the Chronicle for Higher Education on December 9, 2014. It was written by David Perry, an associate professor at Dominican University 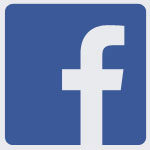 About six months after “Jane Smith” began a tenure-track position in the humanities at a big public university in the middle of the country, she met an important dean at a colleague’s house. The next day, it happened: The dean sent Jane a Facebook friend request.

We live in a world in which our social and professional identities entangle so easily. The rise of the Internet and email, followed by the ability to access both from our phones, has stretched the hours of expected contact throughout the day. Many of us choose to habitually broadcast our lives on social media, placing our quotidian activities into a strange public-private record. We can, of course, avoid social media. We can choose not to allow our colleagues into our private online space. Such choices come with social costs and perhaps even missed professional opportunities.

What we need, instead, are clear guidelines for how to handle such interactions in the best possible way.

My friend Jane, who asked for anonymity when sharing her story, didn’t know what to do about the dean’s request. She had been at Big Public U “just long enough for me to know who he was, but not long enough to figure out whether I could ignore or decline the request.” The power dynamic forced her to accept, lest she offend someone who could control her future. This dean controlled programs to which she needed access, and of course had the ear of her direct supervisors. What would it “mean” to deny his friend request? Jane didn’t feel she could take that chance.

It got more complicated. Jane has two small children. Like most parents, she spends a lot of time taking care of her children and, again like most parents, posts about them to Facebook. It’s a way of blowing off steam (because parenting children is exhausting), keeping connected with the friends and family that most academics leave scattered across the country (and beyond), and otherwise documenting life.

Jane, though, became increasingly concerned about the dean having such access to her personal life. What if he thought she was spending too much time with her kids and placed her on the “mommy track,” hurting her career?

Jane’s experience is more and more common, not just in academia, but throughout all industries in which it’s possible to take your work home. Moreover, according to Nancy Rothbard, a professor of management at the University of Pennsylvania, the best practices are far from clear. Rothbard is the co-author, with Justin Berg, a doctoral student at Penn, and Ariane Ollier-Malaterre, a professor at the Université du Québec à Montréal, of a working paper called “OMG My Boss Just Friended Me.” She and her co-investigators are researching the implications of Facebook friend requests in the workplace.

Rothbard, in an interview, said that many people are deeply uncomfortable with “friend” relationships between supervisor and subordinate. But staying away from social media in order to avoid that discomfort is not necessarily the right answer. She hypothesizes that friending subordinates, if handled well, could help develop closer bonds between people, leading to a better work environment.

Unfortunately it’s often not handled well. “People in power are often much less inhibited in their behavior and much less vigilant about their influence on other people,” she said. She sees such dynamics play out in troubling ways when bosses friend their subordinates.

Which bring us back to Jane and her “friend,” the dean. At first, Jane decided to curate her timeline, making sure that no matter what else she did, she kept a running commentary on her intellectual activity. At night, after the kids went to bed, she’d put up a “getting back to work” status. She felt forced to shout that she was a hard worker and not too distracted by her family life.

Eventually, Jane figured out how to solve the problem with filters, creating custom lists of friends with different permissions, and targeting her posts to the relevant lists. As far as I know she is still the dean’s Facebook friend, he just doesn’t see her posts about her kids. Rothbard notes that this “custom strategy,” as she calls it, works to ease issues caused by being in social media contact with one’s superiors, but requires both time and a degree of technical sophistication that not everyone has.

Jane isn’t alone. In researching this article, I heard many bad stories about academic Facebook culture. Several friends confided in me that their superiors routinely post sexual commentary and imagery. It makes them uncomfortable, but it would be complicated now to unfriend these individuals. In the office, I think most of us would speak out against pinup girls covering the walls, but none of us have the right to dictate how a colleague decorates his or her home or, in this case, home page. The personal and professional merge, and things get icky.

In a world in which virtual scholarly networks increasingly overlap with our personal virtual communities, we need to develop some clear standards with how we engage on social media with our colleagues, superiors, and subordinates.

Here are my suggested rules:

These are not complicated rules. They won’t solve all of your social-media problems. But they will demand that we be mindful of our power relationships and that mindfulness alone will help. My rules apply to students as well as to colleagues, but I think for the former we are more conscious of power. For our colleagues, we might want to imagine we are all in this together, as if academics were not workers operating in labor hierarchies.

In the meantime, Jane Smith is going up for tenure soon and feels confident in her record. Whatever happens, her Facebook feed shouldn’t be part of what people judge.

See more at the Chronicle for Higher Education